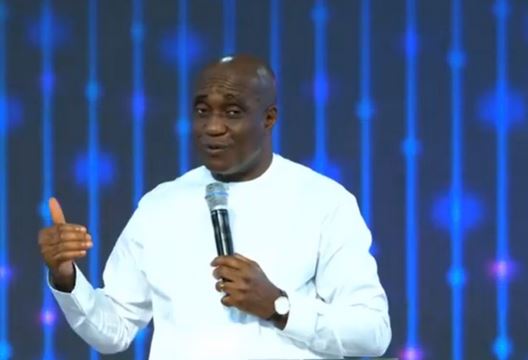 David Ibiyeomie, a popular Nigerian clergyman, has cautioned people to be careful of what they post on social media.

The Rivers state-based clergyman while preaching in his church recently, said social media depicts the true identity of a person., According to him, when an unmarried woman goes to a party in Transcorp and shares the photos online, no responsible man will marry her.

In his words: ”Social media depicts your true identity. When every Saturday you go to a party, you show, no responsible married man will marry you. Social media is the first thing to show who you are.

Mind what you put on social media You forget that if you snap in Transcorp, everybody has gone there. You are not married, so who took you to Transcorp? You don’t have wisodm. You snap in a jet, who carried you into a jet?

Be careful with what you put on social media. Once you snap in Transcorp, you snap in Dubai, they would begin to ask, how did you get there? So the man who wants to marry you will withdraw.

Please be very careful. Social media shows your true identity. Mind what you put there”

He also added that international companies now check the social media handles of prospective employees before they offer employment.

Watch the video of him speaking below: