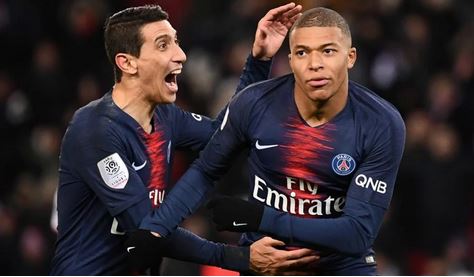 Angel Di Maria, the Paris Saint-Germain forward, has told teammate, Kylian Mbappe, to remain with the club, claiming he will not be able to find a better team anywhere else following the signing of Lionel Messi.

Mbappe’s future with PSG is unclear amid links to Real Madrid, despite the club’s recent signing of Messi.

The France international’s deal with PSG expires in June 2022 and he is yet to extend his contract with the French Ligue 1 giants.

Speaking on the development ahead of PSG’s Ligue 1 tie with Strasbourg this weekend, Di Maria said he believes Mbappe will stay in PSG.

“It is obvious that he is a player that all the big teams want, but with the team that PSG has now, I don’t think he is going to leave.

“I don’t think he will find a better team anywhere.”

He added, “I am more than happy. “Everything I dreamed about happened in one month; winning the Copa [America] and being able to play with Leo [Lionel Messi] in the same team. It’s what I have always wanted.”