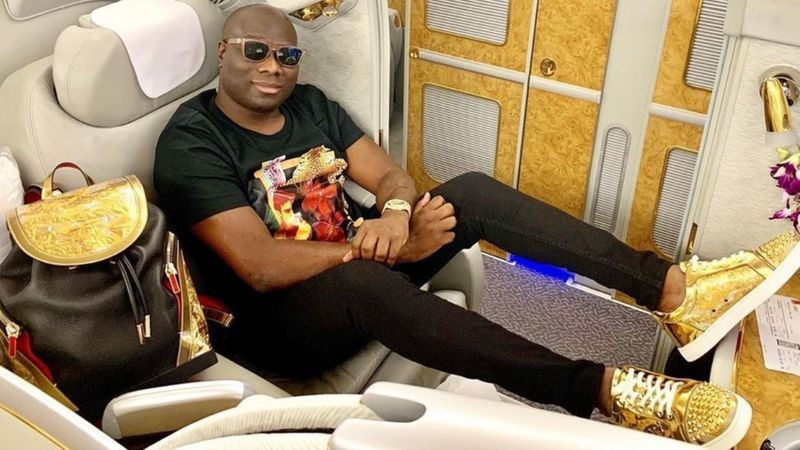 The Economic and Financial Crimes Commission EFCC has made shocking revelations while giving details about its case against businessman, Mompha.

This comes after Mompha had revealed that the commission advised him to maintain a low profile following the arrest of Hushpuppi.

The EFCC denies this.

Mompha in an interview with DaddyFreeze over the weekend said he went off social media after Hushpuppi’s arrest but was advised to come back online by the antigraft agency so it doesn’t appear he is involved in Hushpuppi’s criminal activities. Mompha is currently standing trial for alleged fraud.

During his interview with DaddyFreeze, Mompha said;

”Many accused me of causing what happened to him because of the pressure and different tags, I had to remove my pictures online but do you know who called me back? It was the EFCC that called me directly to post back my pictures it would look as if I am involved.”

In a swift reaction, the agency denied reaching out to Mompha. The statement reads;

”Mompha: EFCC Does Not Advise Suspect of Crime

The Economic and Financial Crimes Commission, EFCC, wishes to dissociate itself from claims by Ismaila Mustapha, alias Mompha, currently circulating in the social media, that he was advised by the Commission to maintain a low profile in the wake of the indictment of his friend, Abbas Ramon alias Hushpuppi in a $1.1m international fraud conspiracy by US Law enforcement.

The claim which did not mention the official of the Commission who supposedly gave the advice, is spurious and should be discountenanced.

The Commission is not in the business of advising suspected internet fraudsters and it is far-fetched that it would counsel one against whom it has pending criminal charge in court.

Mompha and his company, Ismalob Global Investment Limited are facing prosecution by the EFCC on a 22-count charge alleging various offences such as retention of proceeds of unlawful activities to wit; fraud, failure to report transaction to the Commission as required by the provision of the Money Laundering Prohibition Act, 2011 (as amended), negotiating foreign exchange without license, contrary to Section 5 and 29 of the Foreign Exchange Monitoring and Miscellaneous (Provisions) Act, 2004; engaging in foreign exchange transaction other than through the official foreign exchange market, contrary to provision of Section 11(1) (a) of the National Economic Intelligence Establishment Act to the tune of N32billion before Justice A. M. Liman of the Federal High Court sitting in Ikoyi, Lagos.

The Commission had called 10 witnesses and closed its case. But rather than enter his defense, Mompha filed a no-case submission which was overruled by the Court and called upon to open his defense.”