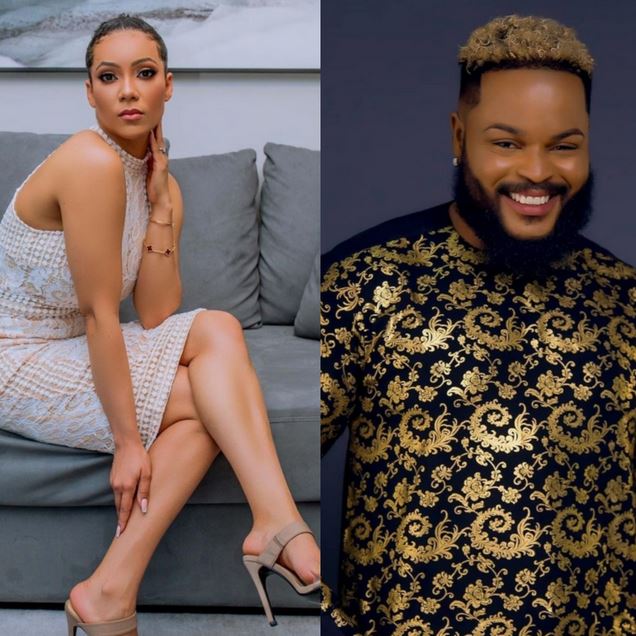 Big Brother Naija housemate, Maria, has confronted Whitemoney after he started avoiding her when he figured out she is the wild card.

Maria confronted him during lunchtime on Monday, day nine of the show, telling him that she noticed how he distanced himself from her.

This comes shortly after Whitemoney confessed to Yousef about why he withdrew from Maria, stating that he drew back the moment he realised that she was the Wildcard.

During lunch, Maria asked Whitemoney, “What is all this special attitude?”

Whitemoney answered, “I don’t have any special attitude. This is the second time you’re saying this.”

Maria immediately countered him, “Do you used to be like this before?”

Whitemoney ignored her but she kept pestering him till he eventually opened up, stating that it was because he found out that she was the Wildcard.

“You’re refusing to admit the fact that I caught you,” Whitemoney said.

Maria then asked Whitemoney how he was able to detect that she was the Wildcard.

“I don’t know how to start explaining it to you. You changed,” Whitemoney said.

She then told him, “Can I be completely honest? I didn’t play a different person. The only thing I did was not say ‘oh I think it’s her, I think it’s him.’ I was just saying that I don’t know”

“Your inquisitiveness got the best of you, babe,” Whitemoney said. Maria, however, denied Whitemoney’s claim that she was inquisitive.