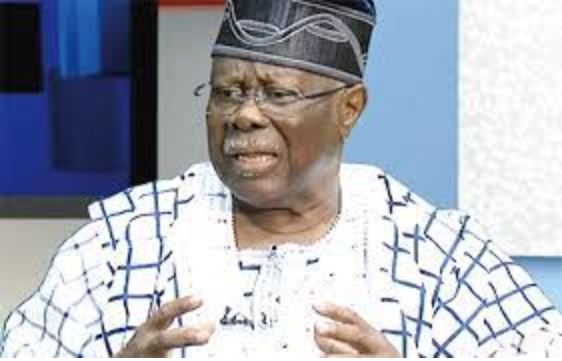 Nigerian politician, Bode George, who is a chieftain of the Peoples Democratic Party (PDP), has said that the excessive leakages of revenues and monumental corruption are responsible for slow growth in Lagos state.

“Do you know how much is Lagos state internally generated revenue monthly? N60 billion minimum, and someone (Tinubu) is sitting somewhere, taking 15 percent of it, that’s N9 billion every month,” he said.

The former deputy national chairman of the PDP said the country’s electoral system is fraudulent.

He said, “The way we vote in this country is a scam. That’s why I do say we need to be more prayerful and do good. It’s not who people voted for that are declared as winner.

“How won’t issue of bullion van won’t be related to election? We are just deceiving ourselves. There is problem in this country, how can we move forward with this?

George added that the late Funsho Williams should have become the Lagos state governor.

“He is a good man, a very responsible one. He is like a brother to me, my junior then in school. He would have been a better governor of Lagos state,” he said.

Williams, who was a governorahip aspirant in the state, was murdered in July 2006.