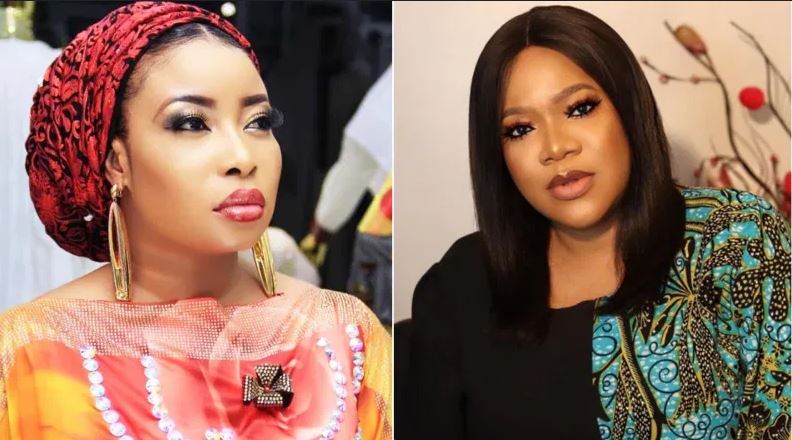 Nollywood actress and producer, Toyin Abraham has broken silence on the ongoing feud with Lizzy Anjorin.

In September 2019, Actress Lizzy accused Toyin of leaking her drug peddling saga with security agency during her trip to Saudi Arabia.

Apparently Toyin was upset after her family was dragged in to the drama as she took to her Instagram Live page to addressed the situation on her colleague Iyabo Ojo.

On Instagram Live, Toyin who could not hold her tears, denied leaking Lizzy’s drug peddling story to the media. She added that she has only met the actress twice in her live.

She also swore with the Bible as she insists that she doesn’t know anything about the drug story involving Lizzy.