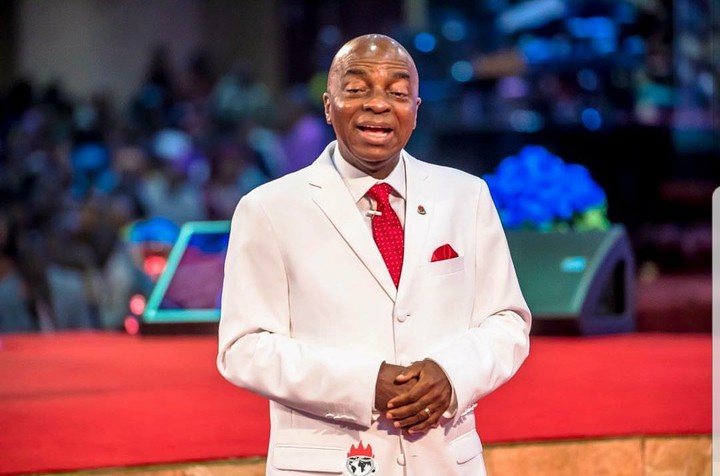 Bishop David Oyedepo, the General-Overseer of Living Faith Church aka Winners’ Chapel has warned youths against excessive use of social media.

According to the Chancellor of Covenant University, Ota, Ogun, such an act could kill one’s destiny.

Oyedepo gave the warning on Friday during the 15th Convocation Ceremony and Conferment of Honourary Doctorate Degrees and presentation of prizes in Ota, Ogun.

The chancellor noted that the negative impact of social media on youths could not be overemphasised, as it made them to lose focus and rob them of their destinies.

“The social media saga has eroded the substance of destiny as it has unconsciously robbed youths of their future and their time.

“The honour of this generation has been wiped off, chatting all day with no time left to think, plan programme and engage productively in the pursuit of any task.

“Some professionals have classified social media addiction along with drugs, alcohol and sex.

“Social media that is supposed to be a plus to the youth, suddenly became a minus, as everything of value is delivered through investment of time,” he said.

According to him, only those who know where they are going ever get anywhere.

“It is time for every youth to wake up from slumber and take his/her destiny in their hands,” he said.

Oyedepo advised youths to get out of the nest by engaging in strategic planning as everyone was absolutely responsible for the outcome of his or her life.

Earlier, Prof. Abiodun Adebayo, the Vice Chancellor of the institution, said the university was committed to training expert thinkers that would proffer solutions to nation’s problems and restore the lost glory of the black race.

Adebayo said the institution was keeping its students busy with activities that prepared them for leadership and productive dialogue as well as equipping them with skills to change their world.

The Vice Chancellor urged the graduands to be agents of change, light-bearers, solution providers and pathfinders in confronting the numerous challenges bedeviling Nigeria and the world at large.

Adebayo congratulated the graduands and their parents as well as guardians on their noble achievement.

The News Agency of Nigeria (NAN) reports that a total of 1,664 students graduated for the 2019/2020 academic session.