Nigerians are outraged after a video surfaced online showing NURTW boss, MC Oluomo getting married to another woman despite being in a relationship with Interior decorator and socialite, Ehi Ogbebor.

The wedding was reportedly held this week in Ebute Metta, Lagos and video of the event was shared by wedding guests.

Recall that the MC Oluomo and Interior designer Ehi Ogbebor recently announced that they dating.

Nigerians took to Twitter to react to news of MC Oluomo’s marriage to a different woman who is Ehi. 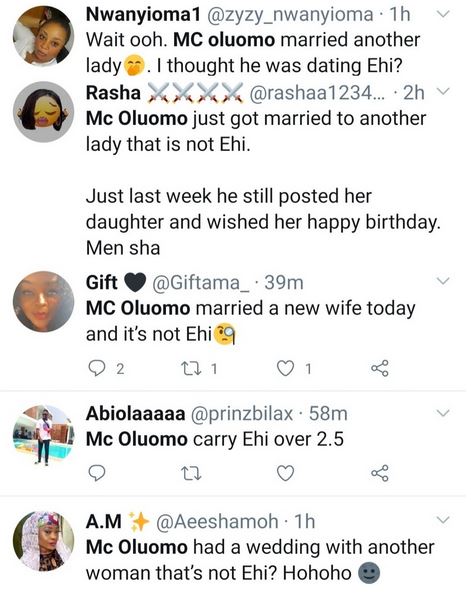