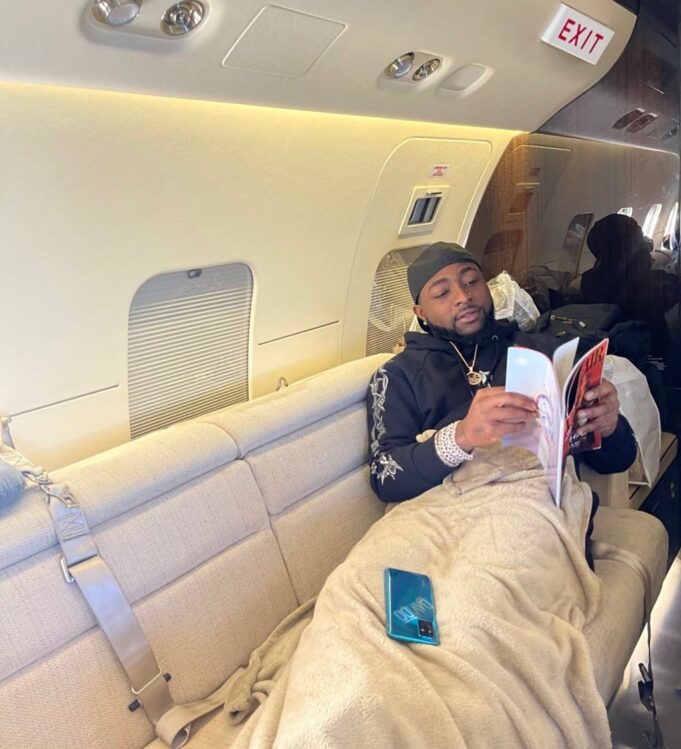 Nigerian singer and music executive, Davido has banned members of his entourage from boarding his private jet with him.

The singer who has for a very long time, always been taken them along with him, splurging cash on expensive things for them, appears to have placed a restriction on the number of people who can now gain access to his private jet.

In a video he shared on Instagram, the artiste jokingly revealed that henceforth his 30 BG and DMW squad would only accommodate a maximum of five people.

Watch the video below,

The singer recently copped a new expensive piece of jewelry and its significance is why his brother, Adewale Adeleke took to Twitter to commend him.

A while back, sometime in 2017, Davido’s colleague, Wizkid sent in a tweet that was supposedly a jab at him. Wizkid wrote at the time, My people make una remember say Yankee passport no be baba blue, e no dey cure frog voice.

The tweet which is still on Wizkid’s page up till this moment, is one of the reasons why Davido has been linked with the “frog voice” insult from time to time online.

Well, Davido in a new development has shown that he’s risen above the demeaning insult as he’s metamorphosed the insult into a piece of jewelry. In a new video shared on his social media page, the singer shows off his latest jewelry piece which is a sculptured as a frog and has his signature 30BG sign on it as well.