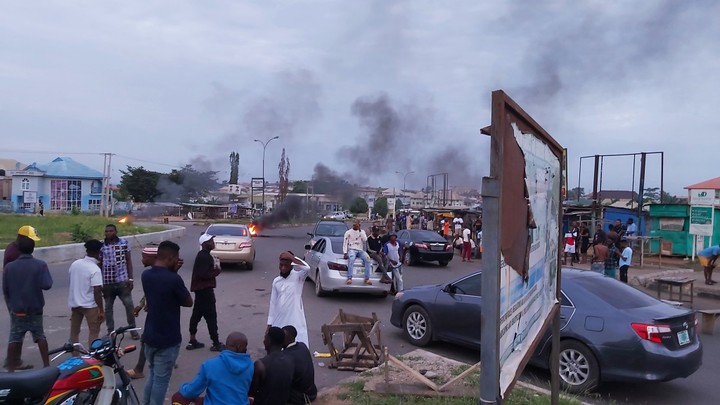 The Nation gathered EFCC operatives had stormed Adetunji Estate and Hallelujah Estate in Osogbo to arrest suspected internet fraudsters on Monday night but youths in the area waylaid them, preventing them from allegedly taking away 20 vehicles belonging to the suspects.

The youths and other suspected fraudsters stopped the operatives from getting out of the estates.

It was learnt the EFCC operatives abandoned the vehicles and ran from the scene.

The blockage caused heavy gridlock in all the roads adjoining the junctions.

Information reaching us has it that some officials of the EFCC stormed Adetunji Estate, Òsogbo in the middle of the night to raid some suspected internet fraudsters. Young men in the area have blocked major roads in the axis to disallow the officials from moving.