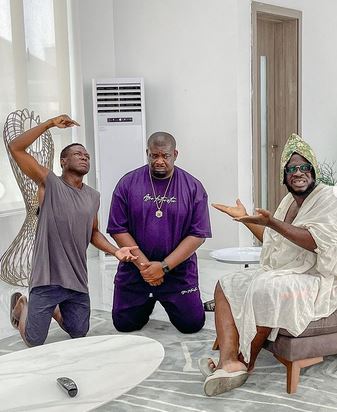 Popular content creator and Instagram Comedian, Craze Clown has gushed over the humility of Mavin Boss and Producer, Don Jazzy.

Don Jazzy recently featured on Craze clown’s comedy skit and he posted photo of Don Jazzy kneeling down as part of the comedy.

Craze clown revealed he has not seen a more humble person in his 10 years of creating content on social media. 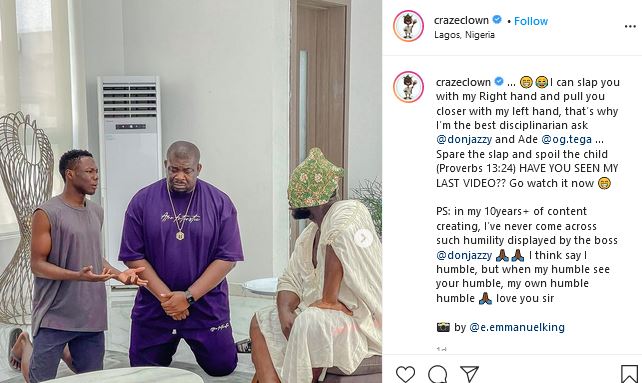