I Can Do Without S*x For Two Years – Actor, Mr Ibu Reveals

John Okafor, the actor and comedian, also known as Mr Ibu, is one man who can get people to laugh without uttering a word.

His funny facial expressions and gesticulations constantly send his fans into fits of laugher. Because of his pot belly, some have also said that he may not have many female admirers, but in an interview with Sunday Scoop, Okafor noted that many women were attracted to him, though he only has eyes for his wife.

He said, “I am not sex-crazed at all. I can abstain for two years. When I had a problem, I stayed off sex for a long time. I am not controlled by sex. As of now, I have stayed off sex for at least four months. Remember that I was poisoned in December 2020, so I need to recuperate before engaging in such acts. My wife is also missing me. It was not easy for her. She was crying every minute because she genuinely loves me. 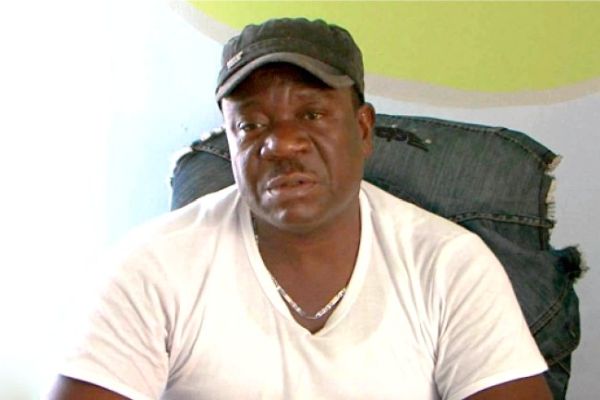 “Some people have said that people with potbellies are not good lovers or sexually active but being good on the bed is relative. My answer to this is that I have 13 children (10 boys and two girls) though I lost one of them. That is the evidence of my sexual virility. I hatch children like pigeons.”

Mr Ibu further also insisted that he does not cheat on his wife.

He added, “I don’t cheat on my wife. I had children before I married her. I left that life because many women wanted to have children for me but I cannot build a primary school in my house. They liked me because I was good in bed and I’m really grateful for that. I knew what they wanted so I was always very gentle with them. Women are attracted to me but I’m only interested in my wife. My wife is as beautiful as I met her, even after four children.”

The actor also stated that his ailment took a toll on his finances.

He said, “I have friends that have been financially supportive. I am sure they remember some good things that I have done for them in the past. I stopped working since 2018 but I saved some money when I was very active and that has helped me a great deal. Some fans were also helpful when I was poisoned. The treatment caused me a lot of money and it has really taken a toll on my finances.”