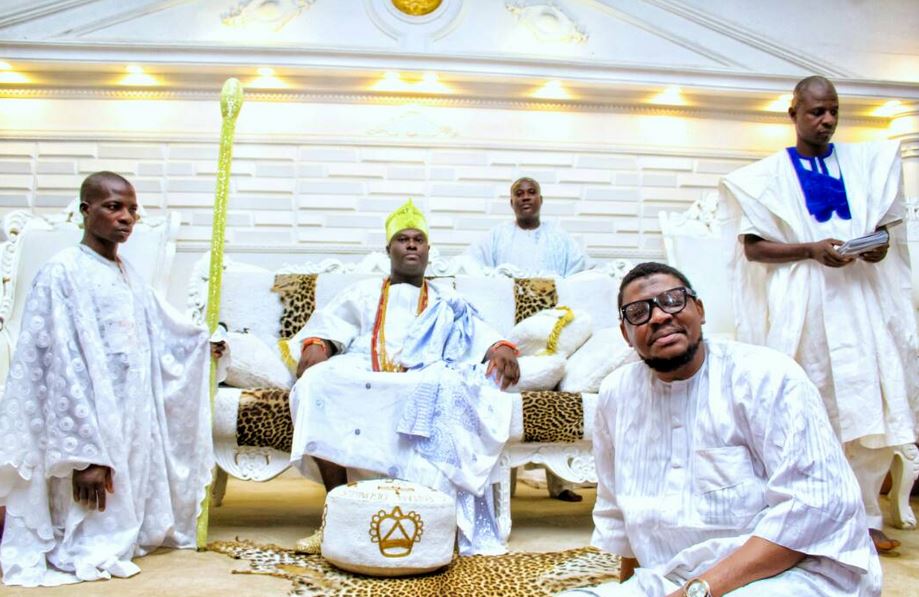 The Ooni of Ife, Oba Enitan Adeyeye Ogunwusi has debunked reports that he would honour Adamu Garba, a former presidential aspirant, with a traditional title.

Garba had announced that the monarch would bestow on him the title of Aare Atunluse of Oodua on May 1, 2021.

Garba tweeted that Ooni found him “worthy of the title of Aare Atunluse Oodua Award of Honor to be conferred on the 3rd World Omoluabi day 1st May 2021.”

He shared a letter of invitation to the event World Omoluabi Day Festival organised by the Igbimo Apapo Yoruba Lagbaye. 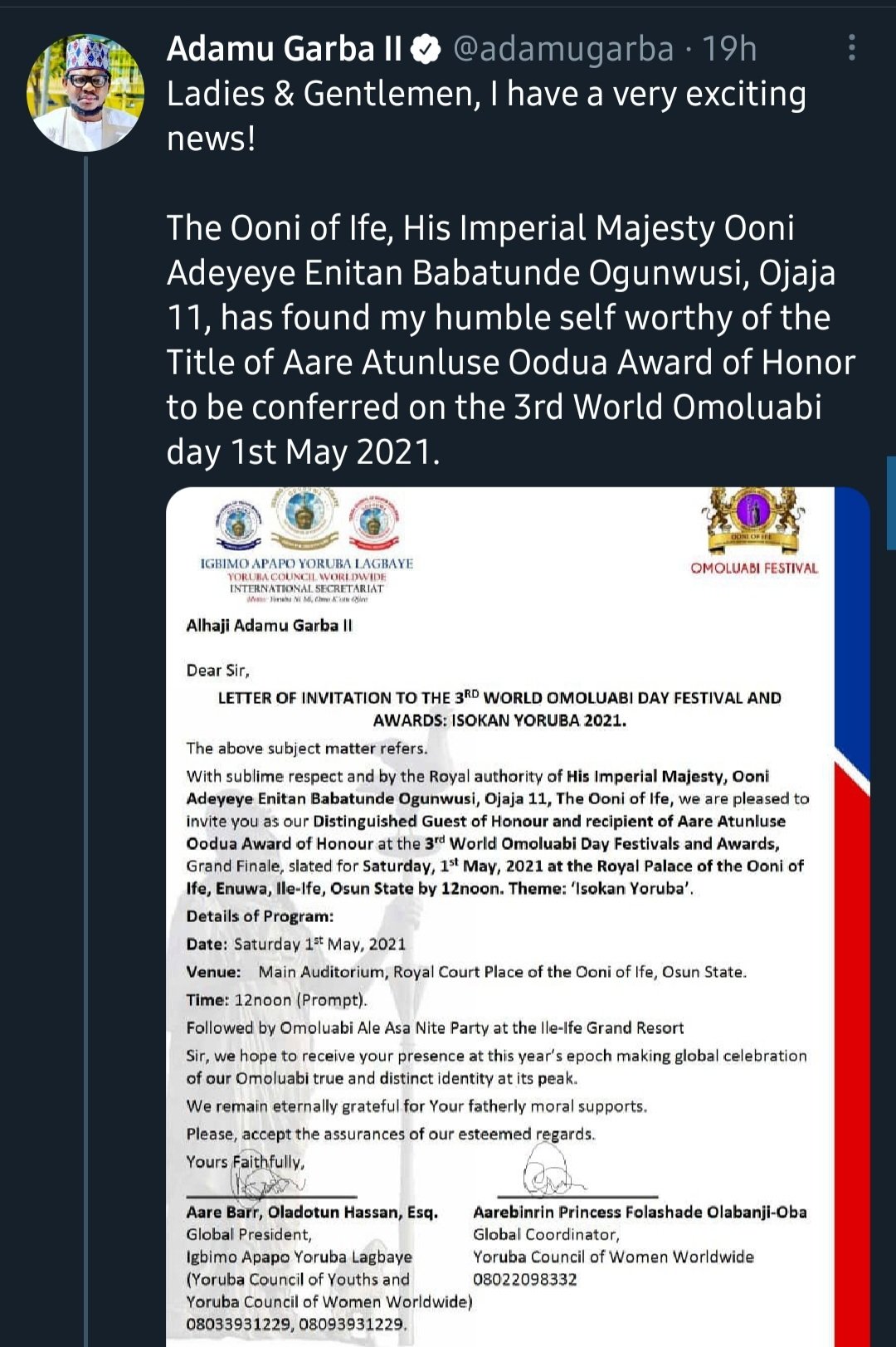 A statement by Ooni’s Director of Media and, Moses Olafare, dissociated him from the award.

It said the reports of the award, during the forthcoming World Omoluabi Day Festival in Ile-Ife being organised by Igbinmo Apapo Yoruba Lagbaye, were inaccurate.

“While we are not aware of the event as slated, we expected the organisers to have sought and gotten the Ooni’s approval in respect of the award segment of the event.

“We are not in any way opposed to Mr Garba who is a fantastic young man or any other person so considered for the awards of honour by the organisers of the World Omoluabi Day Festival, but doing so on behalf of the Ooni without his knowledge and proper approval remains sacrilegious and unacceptable.”

The statement said even though the festival has so far enjoyed the Ooni’s fatherly support as requested, “we hereby dissociate the Ooni of Ife, Ooni Enitan Adeyeye Ogunwusi Ojaja II and the ancient palace of Ife from the said award purported to be in the name of the Ooni”. 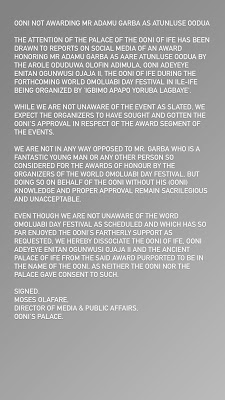