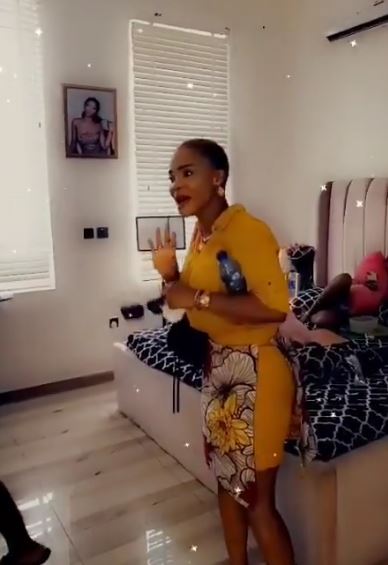 Nollywood actress, Iyabo Ojo has told her daughter when she expects her to be engaged, married and have her first child.

The actress, who has two kids, told her first daughter Priscilla, who just turned 20 last month, that she married early and expects her to marry early too.

In the video shared to Instagram, Iyabo is seen asking Priscilla when she will get married and the younger woman said in “6 years”, which is when she turns 26.

However, her mother, Iyabo said “God forbid” and told her she must be engaged at 23, married at 24, and give her a grandchild when she’s 25.

She also told the other young ladies in the room the age at which she expects them to be married.