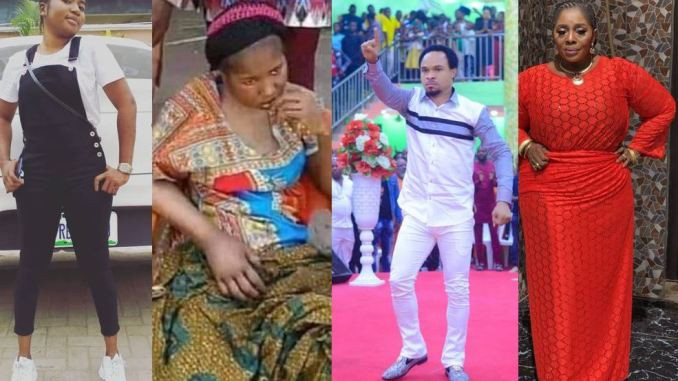 Veteran Nollywood actress, Rita Edochie took to Instagram to reveal that she has forgiven comedienne, Ada Jesus after laying further curses on her.

If you recall Ada Jesus was taken to prophet Odumeje’s church to seek forgiveness from the cleric whom she allegedly blackmailed alongside veteran actress Rita Edochie.

While the actress was in a vegetative state inside the church, Rita Edochie had stated that she would never forgive her and even mentioned that the young actress would die for slandering the man of God and herself.

The actress however received a lot of backlash from Nigerians who berated for not acting as a Christain.

She has eventually bowed to pressure and revealed that she has forgiven Ada Jesus who is currently down with Kidney disease.

“ADA JESUS I HAVE FORGIVEN YOU

I am happy that the WHOLE WORLD has seen that Ada Jesus framed all SORTS of LIES and HEAPED on ME. I have been VINDICATED by Ada’s PREDICAMENTS. The good LORD has FOUGHT my BATTLE for me.

As a RESULT of PLEADINGS from people, PARTICULARLY my FANS, i have FORGIVEN her.

Let HER beg GOD for FORGIVENESS and HEALING.”